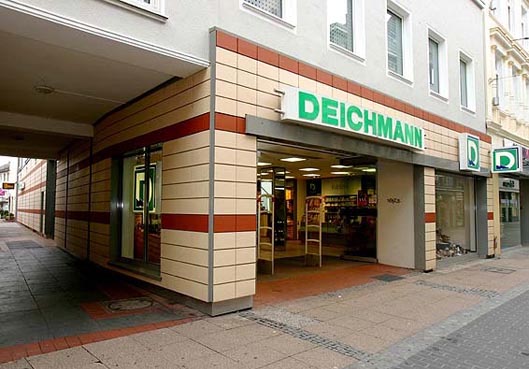 Please klick on the images to get a larger view.

The building is situated in Bäckerstraße, within the pedestrian area of Minden.

The part of the existing building facing Bäckerstraße remained basically intact . On the upper level minor changes where made. On the lower level the old recessing facade was removed and a new one was built in line with the pedestrian area.

The one-level part of the building in the passage way was completely exchanged for a two-level construction. In doing so, additional sales area could be generated on the first floor.

The design matched the appearance of the city concerning colours in attaching a sand coloured brick facade. The red stripe refers to the colour of the brick facades of the existing buildings on Bäckerstraße. In the upper area the facade is plastered.