The here depicted petrol stations serve only as filling stations and offer no additional services save checking of tyre air-pressure and taking-in of waste oil, so that they consist mainly of a roof with skylight. Our architectural goal was to develop a light type of construction which could be realised in various forms and to create a certain lightness of feeling by departing from rigid configuration of the supporting structure. 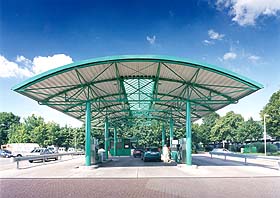 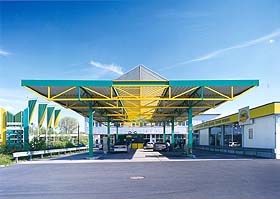 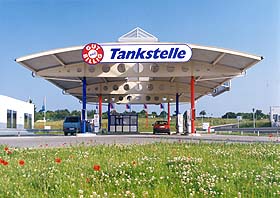 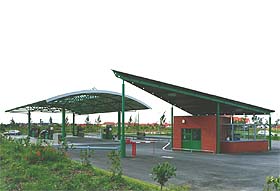 Construction of a petrol station by a retailing concern at the entrance of a shopping centre.

After consultation with the City of Wismar, it was agreed that a modern design should be applied here. 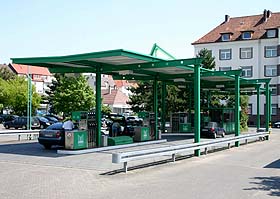